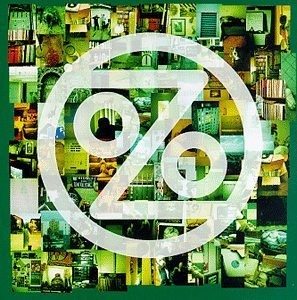 i’m your corporal, rather resourceful,Â rippin’ rappers from their dome piece to their torso

Ozomatli’s debut LP s one of the best albums of the 90s. Hands down. These jamsÂ definedÂ my musical landscape for the better part of 1998. Picking a favorite was near impossible so I went with the single (Song picks up around the 1:25 mark, stick with it). I know for a fact that not enough of you know this album so do yourself a favor and grab it used from Amazon for less than 3 dollars. Their follow-up was not nearly as captivating and aside from spinning “Vocal Artillery” a whole mess of times I lost touch with the band through the 2000s.

Their 5th album, Fire Away, just came out and after hearing that first single “45” was a jam I decided it was a perfect time to get back in touch with these latin/rock/hip-hop/world-fusion/funk masters. “45” is indeed a jam and “Malagasy Shock” is outstanding as well. The album is definitely solid stuff but I guess I am a tough customer considering my affection for their debut and Chali 2na’s excellent rhyming.

KENSINGTON make my ears feel not SAFE… in a good way.

MAUS HAUS get their ZIG ZAG on
Scroll to top