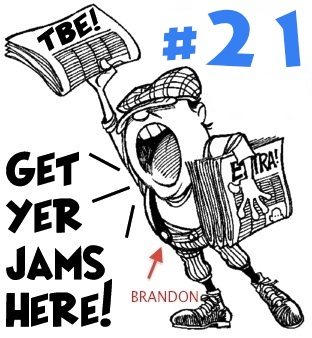 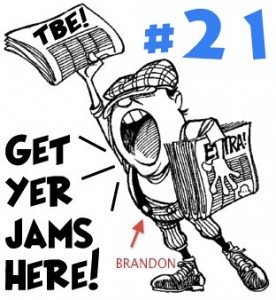 Bing, bang, boom, it’s that time again! Strap on your toddler bibs and dive into this digest with abandon because there are some steamers cooking in this jam-stew! My top picks are in chunky-eat-it-with-a-fork boldface. Mmm mmm good!

â™«Â The Dodos – Dont Stop / New Dodo’s album, No Color, is out on Tuesday. “Don’t Stop” is definitely closer to the Dodos I love from Visiter but I’m not sold by the whole album yet. Stream it here.

â™«Â Project Jenny Project Jan – Nadine / PJPJ were one of the first bands TBE ever covered exactly 2 years ago (tomorrow) so it’s about damn time we got some new stuff from them! I’ve streamed the whole album and it’s not exactly setting my pants on fire but I can get on this chilled outÂ xylophoneÂ (instrument f the month!) jam.

â™«Â Katy Perry – E.T. (feat. Kanye West) / Perry somehow keeps sneaking into these Digests but if it’s on the backs of tracks like this then I’m ok with it. Perry’s original creeping production get’s some added flair from Weezy for a bit of fun pop indulgence.

â™«Â Art Brut – Unprofessional Wrestling / Remember when Art Brut were a thing? Like a thing that people liked? I think those days have passed on.

â™«Â The Naked & Famous – Young Blood (Dave Sitek remix) / Dave Sitek continues his domination of the 2011 remix world with this plonky and bloopy upbeat take on a recent favorite. Try not to bob your head. Not. Possible.

â™«Â Klaxons – Echoes (Steve Aoki Remix) / Speaking of bobbing things, how about your whole body? Aoki does his champagne spritzing all over this one, turning it into a super banger that breathes huge club life into “Echoes.”

â™«Â Adele – Rolling in the Deep (The Lost Boys Remix) / After their Dragonette remix from last digest, reader P. Williams tipped me off to this Adele remix that proves that The Lost Boys are no joke. This is some thickly cut magic dust.

â™«Â Joywave – Traveling At The Speed Of Light (Cosmonaut Grechko Version) / If you can tear yourself away from Joywave’sÂ enormousÂ “Golden State” then sit on this taste of another track, deftly mixed and rubbed into a slow breeze of fresh baked dance pie. Grechko is also the guy behind the awesome “Maps” remix from Digest 19.

â™«Â Phish – Bouncing Around The Room (It’s Overture Edit) / I’ve never been a Phish fan but millions of people are and either way, it;s fun to hear one of their biggest hits get flipped into a funky remix version.

â™«Â Ra Ra Riot – Too Dramatic (The Morning Benders Remix) / If you love Ra Ra Riot but have some congenital heart condition where you can’t get excited then this is the remix for you. Calm, collected, but still with a bit of that Ra Ra magic.

â™«Â Wolf Gang – Dancing With The Devil (feat. Cocknbullkid and Mz Bratt) (The Shoes Remix) / Wolf Gang’s new single feels a bit limp after the epicness of “Lions In Cages” but I’m still down with the guy. And this remix is fun.

â™«Â Enrique Iglesias vs High Energy – Tonight I’m F***ing You Dancing (GonZo 70s Reboot) / GonZo’s project of mashing modern pop vocals with 70’s disco hits is so well done that I am in love with everything he puts out. This one is simply epic. Those strings! That funk! Those tender nothing to whisper in your lover’s ear!

â™«Â The Knocks – Aint Too Proud To Beg (The Temptations cover) / The Knocks are back with The Same Old Songs EP, a collection of 6 covers of classic Motown/oldies tracks. Niiice. (Grab another one here!)

â™«Â Hercules & Love Affair – Shelter (The xx cover) / At least if Herc & co can’t produce another “Blind” we can enjoy their interpretation of a 2010 classic.

â™«Â PAZ – L.A. State Of Mind / LA gets it’s own spin on the Jay-Z classic courtesy of the white rapper who stole Paris Hilton’s birthday cake. There couldn’t be a more fitting backstory to a more accurate song about the City of Angles. Oh, home sweet home. 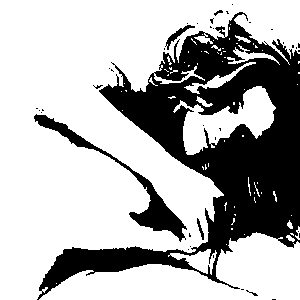