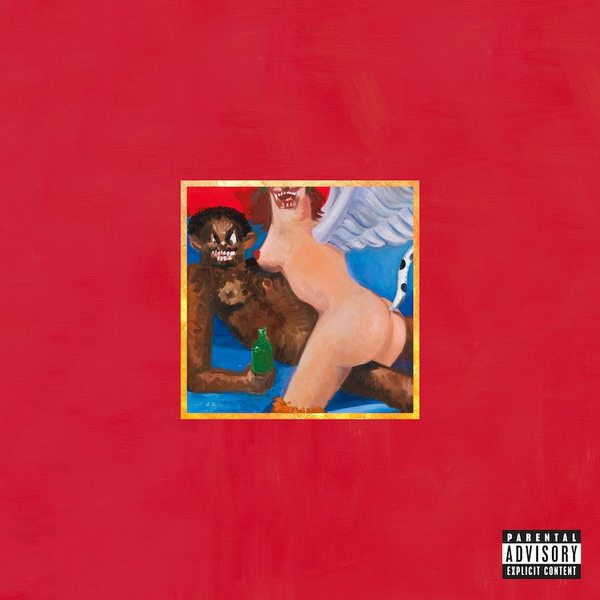 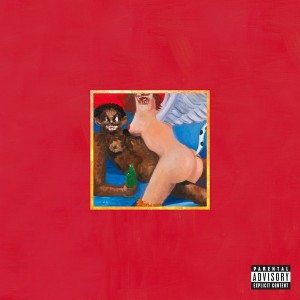 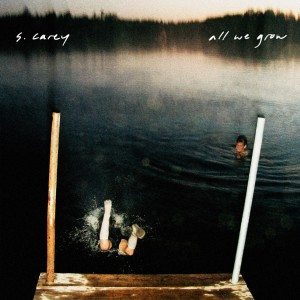 my soul, my soul cries for them in the morning, cause i’m guilty just the same

For those of you who prefer a calmer transition into your workweek I can recommend S Carey’s debut LP All We Grow. You should all have been getting misty eyed to the Bon Iver drummer’s “In The Dirt” for a while and now I can definitely endorse the rest of this delicately tense piano fueled collection. Nothing is as immediately gripping as “In The Dirt” but they still hold their own. “Mothers” is my favorite of the bunch with Carey’s intimate vocals and delicate guitar plucking.Â Writing too much on this album is pointless. Just close your eyes and drift away. You’ll end up somewhere interesting, I promise. 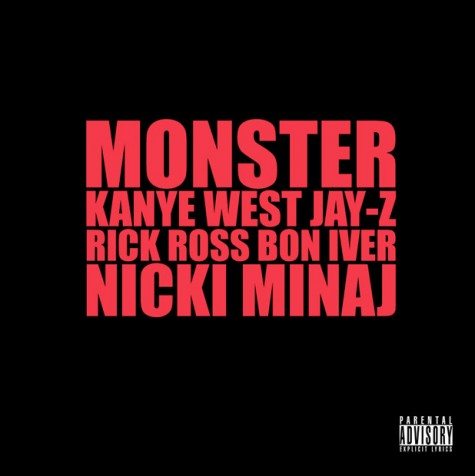 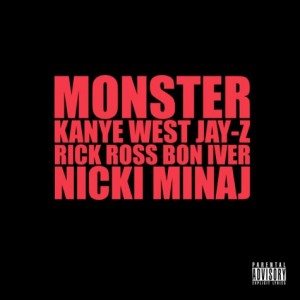 pink wig, thick ass, give em whip lash, iÂ think big, get cash, make ’em blink fast,Â now look at what you just saw, i think this is what you live for

If this is your first introduction to this track then take an extra second to let it all sink in. Read that guest list again. Ummm… yeah. So Kanye spent some time in Hawaii on his next album and if you are hearing this beat then you know it was time well spent. He has also beenÂ unleashingÂ all kinds of treats on us the past few weeks (including “Power” from 2 months back). So we all know that Kanye West is an odd dude, but he really let’s shit get crazy on this jam. Bon Iver is auto-tuned, Jay-Z is rapping about movie monsters and being addicted to love, and Ye himself makes questionable sexual innuendo involving Egyptian mummification rituals. As if all that wasn’t enough to make your head spin, Nicki Minaj then gets on the track and makes the big boys look like a bunch of schoolyard hacks. She absolutely destroys her verse (see lyric above), tearing up the beat with maniacal voices and what can only be imagined is a terrifying fire-eyed stare. I’m kind of afraid of her. In a good way. I guess…Â While we still have to wait a while for the full LP, Dark Twisted Fantasy, I’m not sure I even care. This may the only Kanye jam I need all year. In the meantime, Kanye is dropping more jams every Friday as a part of his Twitter’s weeklyÂ G.O.O.D. Fridays series. 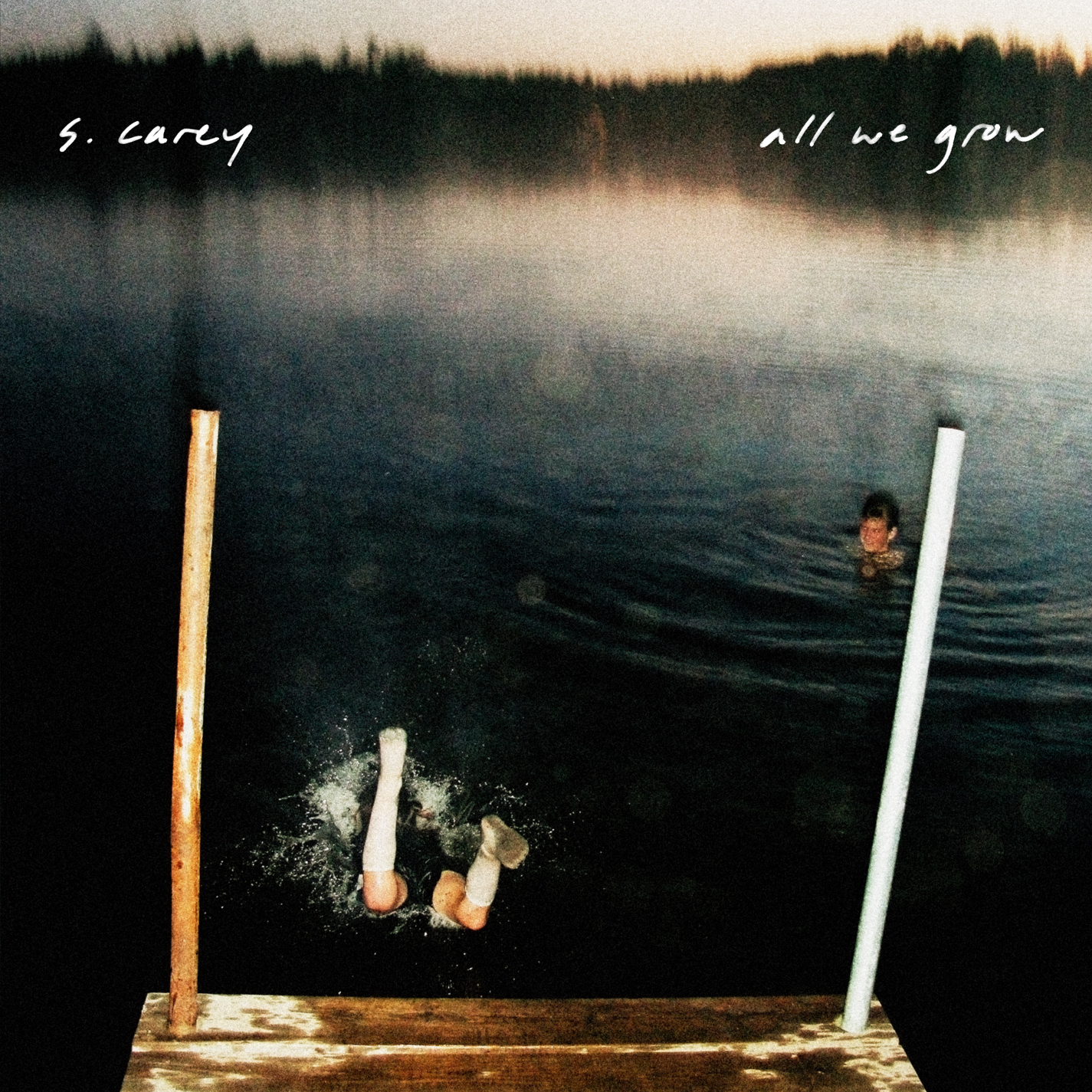 That beautiful album photo on the right is the cover to Sean Carey’s debut LP,Â All We Grow, which will be out in September. You have never heard of S. Carey before but you have definitely heard him. A long time buddy of Justin Vernon (and also hailing from Eau Claire, Wisconsin) he has been Bon Iver’s drummer ever since there was a full band to drum in. Carey is now setting out on his own for and theÂ resultsÂ are so far marvelous. I would be lying if I tried to pretend that it wasn’t similar to Bon Iver’s music. The layered floaty vocals, the drifting piano work, the general mood of longing and loss, all these things smack of his day job, however I am just fine with that. Let’s just call it “The Eau Claire Sound” and get on with basking in it’s beauty. 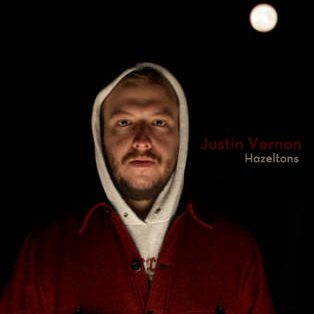 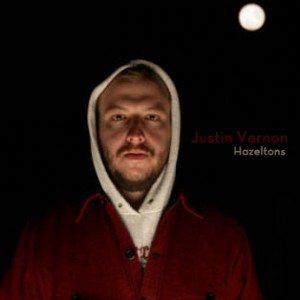 seen enough to bend him off the frame

Many of you know Justin Vernon as the guy behind Bon Iver, and one of 2008’s best albums. Well, long before any of us were trying to figure out how to pronounce Iver he was just Justin Vernon. And he recorded a 7 song EP that he titled Hazletons. I would like to say that it’s (kinda) title track is for curious fans who are interested in the genesis of J-dogg’s sound but that would be selling it short. Apparently it wasn’t that cabin in the woods that gave Bon Iver it’s magic, it was in Justin all along. Us assholes just needed a cute backstory of heartbreak and Luddite-esque seclusion to get our attention. Sorry J.

Yo, for real, it’s the weekend and its time to shake your moneymaker (not implying y’all are strippers or whatever). I stumble across a ton of awesome remixes as I surf this information ether-highway of ours. I don’t like giving them dedicated posts cause 1) not everyone is super into remixes and 2) I don’t want to dilute the attention that should be given to new artists. You feel me? I knew you would. So anyway, I am starting another new feature at TBE where I round up some of the sweetest remixes of late and toss ’em at you without any of the usual garnish you find in a normal post. Who knows how often I’ll do it but they wont all be this big, I just had a lot of goodies to share. Anyway, listen, love, download, dance! Just do it after the jump.

END_OF_DOCUMENT_TOKEN_TO_BE_REPLACED

Monday’s are hard. That’s not a revelation, just a fact. TBE is here to make that workweek transition a little more pleasureable. Every Moday will be a new installment of Cover Up Your Remix! which will include 1 cover song and 1 remix. Maybe hot off the presses, mabe from the vaults, you will have to wait and see. You will also have to come you with a better name for it.Â  Seriously, leave them in the comments.

Just how exactly does one go about covering one of the most tender and beloved songs of 2008? Ruby Isle wisely sidestep a straight cover â€“ and guaranteed criticism â€“ and take the song in a whole new direction. I can dig it. What do you think? (Read more about Ruby Isle’s cover project here and listen to their single with Tay Zonday of “Chocolate Rain” fame here.) (Thanks to I Guess I’m Floating)

You have probably heard Adele and her solid pipes before. You have probably not heard of Mick Boogie. I hadn’t either until I got a hold of this mix. Mick Boogie took Adele’s album 19 and along with a team of remixers added a fresh 1988 vibe that gives the tunes a whole new life. Adele’s music was always a bit to downer-mellow for my tastes but this mix fits right into my chill-out moods. Get the track list and download the whole album after the jump. (Thanks to PMA)
END_OF_DOCUMENT_TOKEN_TO_BE_REPLACED