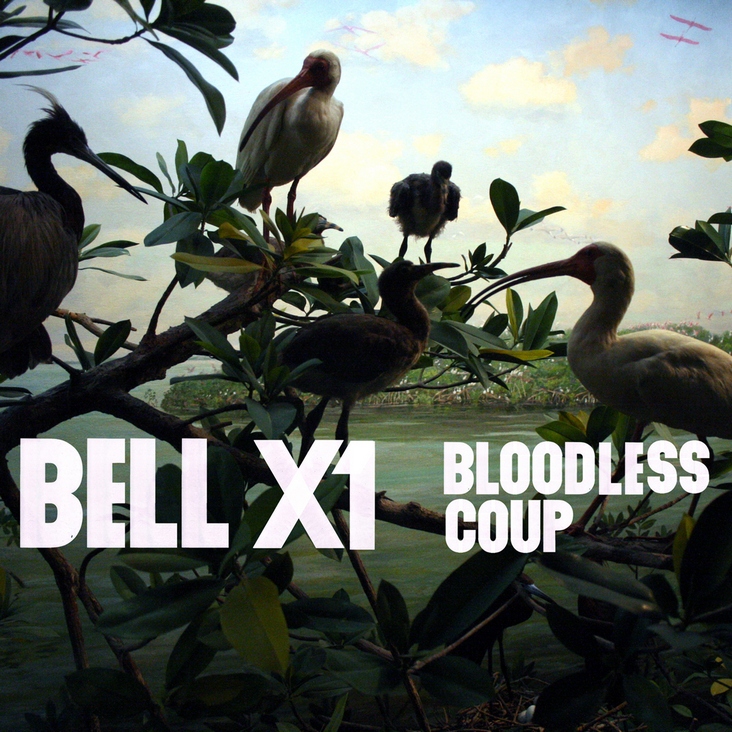 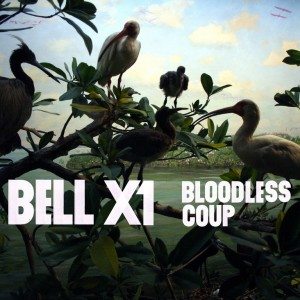 Ireland’s Bell X1 were recommended to me by my friend Katie a few years back but I somehow never got into them. Then their new album landed in my lap recently and I have to ask myself if me-two-years-ago was just an idiot? Bloodless Coup is a damn solid album that straddles delicate and dance-y, intimate and fun. “Hey Anna Lena” takes us gently by the hand and brings us into the album via a sunrise of squelches and bloops that pop underneath tender vocals. The albums real gem, and current single, “Velco” follows right on it’s heels, kicking things into full gear with a rousing celebration of a relationship and it’s beautifully mundane elements. Amen, brother.

The album continues with further exploration of stuttering beats, buttery vocals, and fluttering strings. Tracks like “Nightwatchmen” and “Built to Last” play with mellowness while others like “Sugar High” and “4 Minute Mile” pack a tighter punch, lifting themselves out of your speakers poking you firmly in the chest. The funny thing about the album is that while the music isn’t always the most upbeat, it always feels somehow uplifting. I get the sense that Bell X1 are really enjoying themselves with these songs and I’ll take that in a Â band over anything else any day. Their music has a weight to it but you can tell by the lyrics they don’t take themselves too seriously. Continue in that grand tradition by busting fresh moves to this superbly funky remix of a track off their 2006 album, Flame.

do you enjoy what you do? if not, don’t stop, don’t say shit

â™« Trackademicks vs. Sammy Bananas – Enjoy What You Do (Bouji Mash N Slash)

Just when you thought you weren’t going to be getting an exclusive mixtape to jam to all weekend, BAM, here it is! Surprises are fun as hell, but not nearly as fun as this buttery smooth funk-fest that L.A.’s own DJ Bouji has served up for us. I have seen this guy spin a few times and he always lights it up with his flow. His Just Quit mix is no different as he mixes genres, decades, and styles into one big party anthem. If you have been listening to his Mash N Slash of Sammy Bananas remix of Trackademicks “Enjoy What You Do” then you know what’s up. If you check out the tracklist after the jump you’ll see Miike Snow rolled into Peter Gabriel and Kings Of Leon paving the way for The Outfield. I love it. Download the whole thing below and have a kick ass weekend.