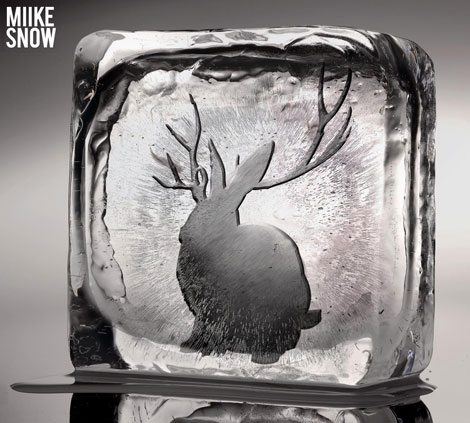 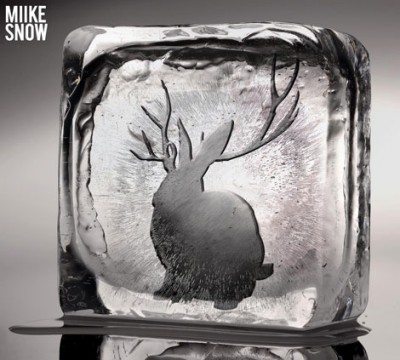 i wanna rewrite my heart and let the future in

I love Miike Snow. I love them for their weird spelling and for their antlered-rabbit. I love them for their beautiful, epic, danceable music and it’s fantastic lyrics. I love them for the way their music has snuck so deftly and solidly into my life. There was a time when nobody knew much about Miike Snow. Over time we learned that the band was made up of Swedish production duo Bloodshy & Avant with the addition of American vocalist Andrew Wyatt. Bloodshy & Avant are the Grammy winners behind such pop mega-hits as Britney Spears’ “Toxic” and Wyatt most recently co-wrote and produced Daniel Merriweather‘s debut album (along with Mark Ronson). These dudes are no newbies when it comes to the music scene and it’s a treat to see them (kinda) stepping out from behind the scenes. They still remain elusive and are prone to obscuring their faces in photos but that only makes me like them more. Miike Snow is about the music and that makes me about Miike Snow.

If you grabbed DJ be’s Slow Burn Summer mix yesterday then you know Miike Snow’s remix of Vampire Weekend as well as Treasure Fingers’ remix of “Animal.” Their debut album comes out on June 9th but you can be smart like me and buy it on iTunes now (comes with a fresh digital booklet with lyrics!). I could attempt to describe the awesomeness of it all to you but luckily for both of us Miike Snow are streaming the whole jam on MySpace so if you don’t believe me then go believe the music. “Animal” (and it’s myriad brilliant remixes) was the first track to catch my attention, followed by “Burial” and now “Cult Logic,” an anthem of sorts for me these days. Did I mention they are touring? Yeah, I’ll be at Spaceland in L.A. on June 16th if anyone wants to join the party.

Bury your face in MySpace /// Buy on iTunes /// RCRDâ€¢LBL freebies