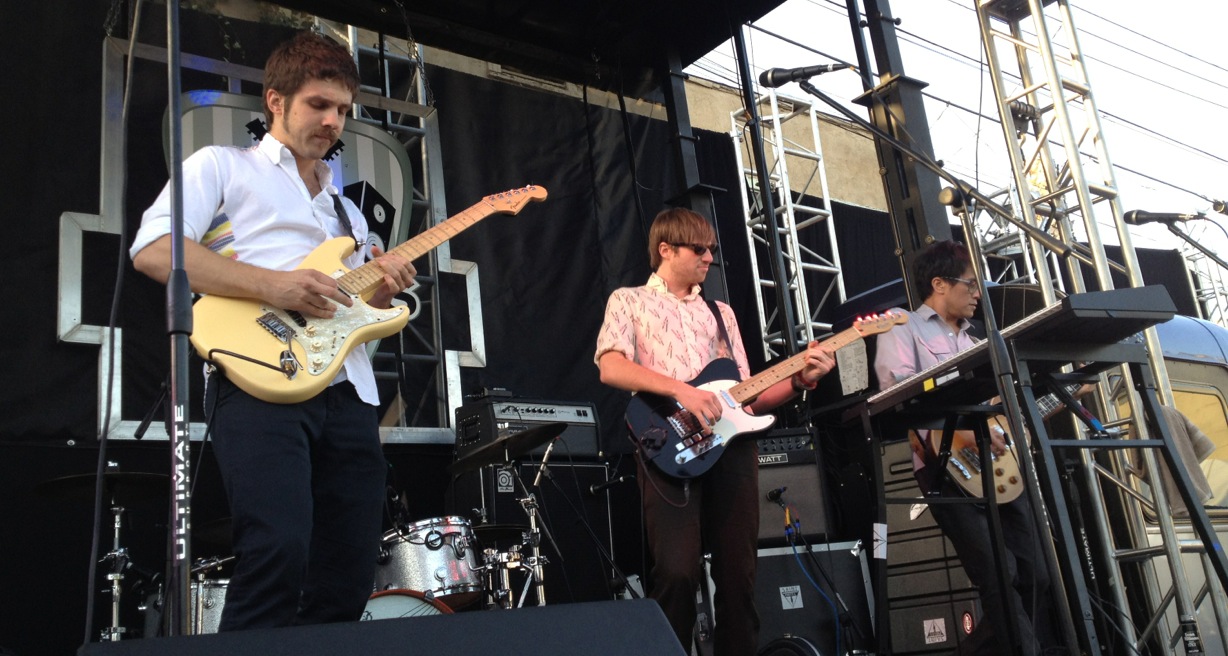 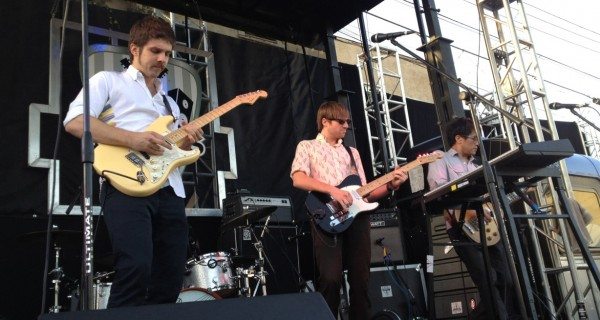 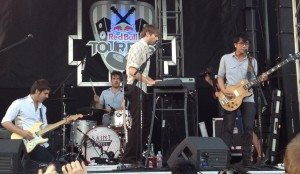 For lots of thought on Saint Motel go here. For lots of rock from Saint Motel go back to yesterday where they rocked The Hudson Block Party, winning over innocent bystanders and confirming that these guys have way more up their sleeves then a few singles. These 4 LA dudes are made of equal parts serious rock and equal parts goofball and it’s what makes their music so charming. Nobody is taking themselves too seriously and that acts as an silent invitation for wallflowers to groove. The twilight of an outdoor mini-festival is one thing but I’m now really looking forward to catching these guys in a moreÂ intimateÂ and sweaty locale. How about The El Rey on July 14th? Good, see you there.