I dont know about you, butÂ I feel like its a rare treat to go to a show where you are genuinely stoked for all 3 bands on the lineup (well, except for Blind Date showsÂ but I organize those so…). Well that was the story of my awesome night. The amazing Vacationer sandwiched between up and coming Wild Party (remember them!?) and old school favorites Hellogoodbye.

Vacationer absolutely slayed. They played all the classics from Gone and a bunch of fantastic new tracks. Standouts for me were “Shining” off the upcoming LP Relief and “Warmer” available only on “The Wild Life” 7″.

Now I haven’t listened to Hellogoodbye in forever but after seeing them last night I need to catch up! So much energy and the crowd was locked in! 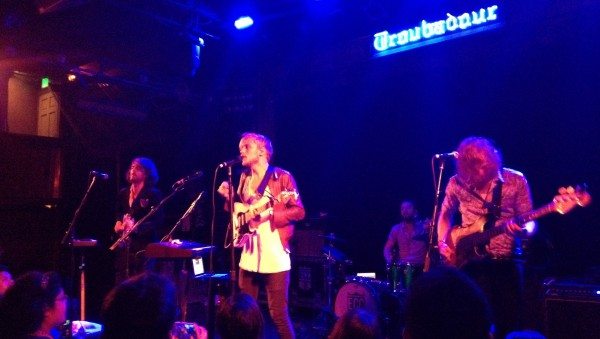 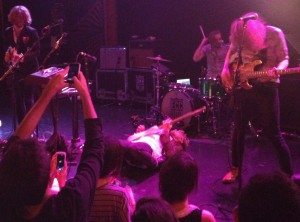 The band recently known as The Concept get a lot of flack for sounding so much like Phoenix but until those Frenchies release something new I’m more than pleased with their SwedishÂ colleaguesÂ in epic hook-rock crime. These guys are already big back home but only have a handful of songs out Stateside. It’s just a matter of time. Their set rocked through TBE faves “D-D-Dance” & “Gimme Twice,” delivering precision, enthusiasm, and a stageÂ presenceÂ that betrays their pro experience in other bands. Frontman David Larson’s stage banter was seven funny, open, and enjoyable. Weird…

Get all up in new jam “Naked & Dumb”, bask in the bouncy strings, and then catch these guys live. If only to be able to someday say you saw them back when. Or just cause you want one of the most fun rock shows ever.