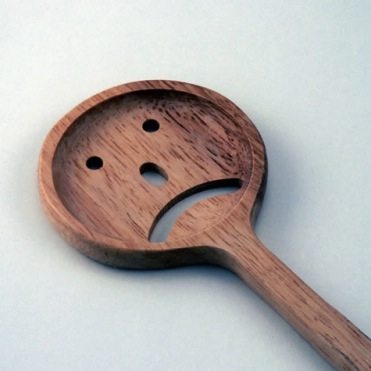 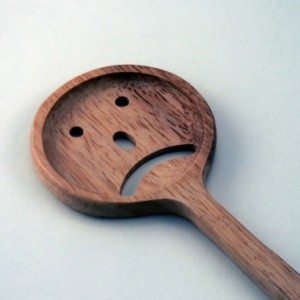 The music this week is not so much “craptastic” as it is “disappointing” or “uninteresting.” Anyway, enough “quotation marks,” let’s get on to the “music.”

â™« Lady Gaga – Bad Romance / If you somehow haven’t heard it, then here it is, the big single from Lady Gaga. It’s off her new mini-album, The Fame Monster, which is pretty good. The 8 song collection is a pretty snazzy piece of work that solidifies Gaga as a no-bullshit pop-godess, and yet nothing on it feels as epic as “Poker Face” or “Just Dance.” Hard to top that shit, though.

â™« Detachments – The Flowers That Fell / Some of you may remember the sick remix of this jam I posted waaaay back in the very first Remix Roundup. Well I finally tracked down the original and have been enjoying thoroughly. A bit reverse of the usual “remix as reason to return to a great track” story but whatevs.

â™« Tigercity – Fake Gold / As much as I love their “Are You Sensation?” Tigercity are pretty hit or miss. unfortunately the first taste of their upcoming album is more miss than hit. I have been wanting to love it for months now and just can’t. Oh well.

â™« Owl City – Fireflies / Oh boy, this dude sure got the collective hipster-panty in a bunch when he dared make music that sounds like The Postal Service and his jam went to number 1 on a bunch of charts. Calm the fuck down people! It’s his 3rd or 4th album or something so he has clearly been doing whatever he does for a while. And while “Fireflies” might be a bit too polished for your tastes it is certainly more listenable than a lot of the drivel out there. 2 plays in my iTunes is still more than I have listened to your no-talent band.

â™« Real Estate – Beach Comber / Speaking of panties in a bunch, people have been creaming themselves silly for these guys and I just don’t get it. It’s pleasant enough but it’s not even gently taking my hand and taking me anywhere. Would make a good soundtrack for some indie movies, I guess.

â™« Annie – I Don’t Like Your Band / I guess Annie was the shit back in 2004 but nobody ever told me. 5 years and a bunch of drama later, she is back with a follow-up album and this is what it sounds like. I guess. Kinda feel like she doesn’t really have much of a leg to stand on with this one. No doubt it will be getting some remix treatments and hopefully one of those will jam.

â™« Duck Sauce – Anyway / Armand Van Helden and A-Trak team up as Duck Sauce for a remix tag team that should be blowing socks off but…. “Anyway” is definitely solid but then again, it started that way when Final Edition wrote it ack in the 70s. Good work, guys, you didn’t destroy a solid fucking classic. You did make 2 sweet ass videos for it though, thats cool. One is up in TBE-TV so peep that.

â™« Sufjan Stevens – Movement VIâ€”Isorhythmic Night Dance with Interchanges / Sufjan has followed up his Best-Of-The-Decade-List-topping Illinoise with an orchestral album about a highway in NYC. Dude! Did you ever hear anyone saying that you needed to evolve and prove yourself as an “artist” or something? We were all just waiting until you made an album about our home state and now it sounds like you have abandoned that project!? Not cool.

â™« Lupe Fiasco – The National Anthem / Lupe Fiasco just dropped a mix-tape so pretentious that he called it a mix-cassette because you aren’t supposed to skip any tracks. If you someday rap over Radiohead in a non-shitty way, or generally make tracks that don’t blow, then I wont skip your tracks. Next.

â™« Adam Lambert – December / All I know about Adam Lambert is that he didn’t win American Idol, he is referred to as “Glambert,” and this is a track from an album of stuff he recorded before anyone knew who he was. I also know that millions of you out there care know more than me and so this one is for you.

The Best Songs of 2010 for Shaking Your Ass/Rump/Donk/Moneymaker/What Your Mama Gave You: A New Years Eve…
6 replies

THE KING OF ROCKSPRINGS is THE PERFECT music for this GUY

MARINA & THE DIAMONDS are no longer THE OUTSIDER band coming down MOWGLI’S...
Scroll to top