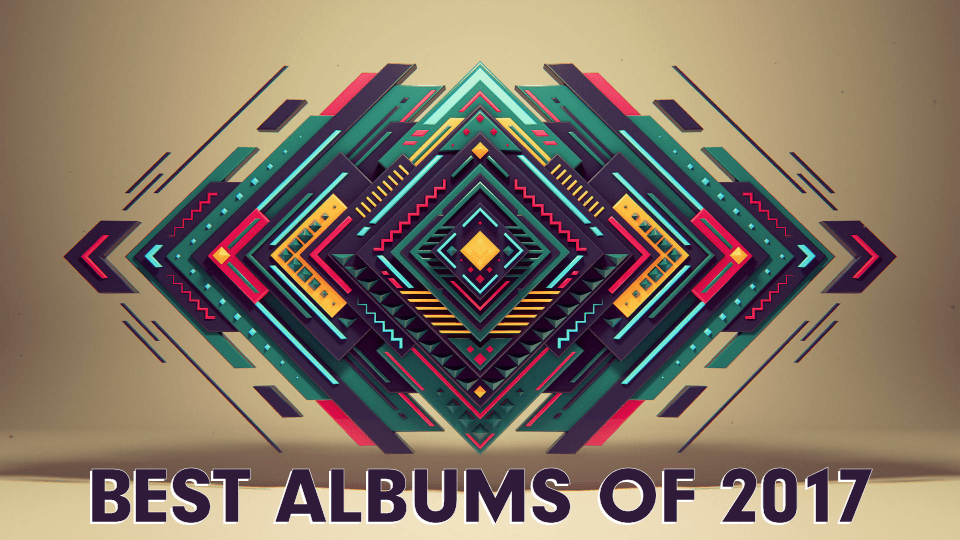 Hello TBE readers! As some of you may know, I run a YouTube channel called Too Many Records where I take a deep dive into vinyl, specifically my robust LP collection. Every year I do a Top Albums of the Year video. 2017 is no different, but since I’m now helping contribute to this wonderful music blog, I wanted to a make a post as well.

2017 was a great year for music. It didn’t feel like it was exceptional while the year progressed, but as I’m looking back, I’m surprised at how many stellar albums graced our ears. Let’s start the countdown from the bottom to the top, because that’s what we in the biz call “building suspense” (don’t just scroll to the bottom, CIRCLE OF TRUST HERE.) 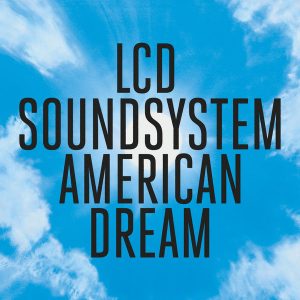 I wanted to love this album. I wanted it to top all my lists. My hype meter was maxed out when this announced. I listened to it, enjoyed it… and didn’t return to it very often. There were some standout songs that got some play, but overall, this wasn’t the LCD Soundsystem album that I, personally, wanted it from their return to the scene. That being said, no one can deny the talent that Murphy and co. exhibit throughout the album, and it’s quite an excellent listen that, if anything, needs you to give it the proper time to have it grow on you. 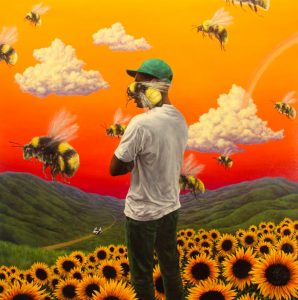 Tyler, The Creator had a lot of potential at first with Bastard and Goblin. His horrorcore-esque aggressive, offensive, and polarizing rap style definitely appealed to the darker sides of my being. He lost me on Wolf, and Cherry Bomb was a dud as well. When Scum Fuck Flower Boy was announced, I said I’d give it a listen, and wasn’t expecting much. Maybe it was my low expectations, but it was easily his best work since Goblin. He didn’t rely on shock value as much, and instead displayed a more learned and mature point of view through his lyricism, while still capturing the essence of Tyler. 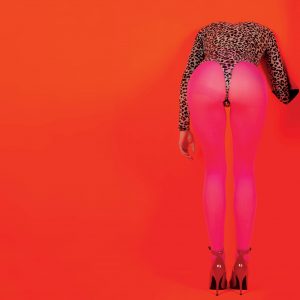 Annie Clark is one of my favorite musicians alive. Her catalogue gets a ton of play from me. Masseduction didn’t immediately win me over like her other albums, but it was in no way a drop in quality or form. I think this is one I needed to spend more time with throughout the year, and undoubtedly it would have ranked higher, but for now, it’s a recommendation with a silver star, not a gold one. I might be a little bitter that the “deluxe” vinyl I preordered from her website was a travesty. 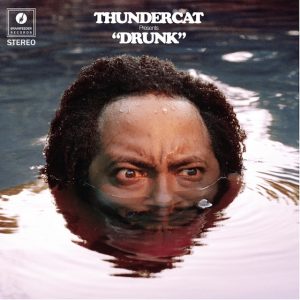 Thundercat is a groovy dude who makes jazzy electronic music that has always registered to me as “pretty good”. Drunk, however, is by far the best thing he has ever put out.  This funky hip-hop inspired album is full of short little ditties that leave you wanting more. I wish it had a traditional vinyl pressing over 1 or 2 disks instead of 4 10″s. I mean, I still bought it, but the impracticality of it means it won’t get too much spin time. 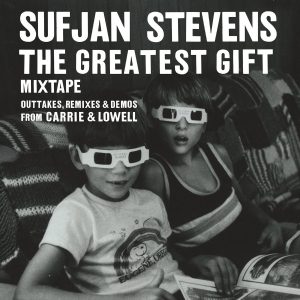 Sufjan Stevens released one of the most intimate, beautiful, and powerful albums that I’ve ever heard with 2015’s Carrie and Lowell. Impossible to overplay, it left me wanting more; so Sufjan and Asthmatic Kitty granted my wish this year with “The Greatest Gift” mixtape: outtakes, demos, and remixes from C+L. Hearing outtakes from the album really was the greatest gift. Because it’s not exactly a full album, and most of the tracks are demos or reworks of Carrie and Lowell songs, this doesn’t rank as highly on my list as it would had it been ALL B-Sides. It’s still a terrific listen front to back. 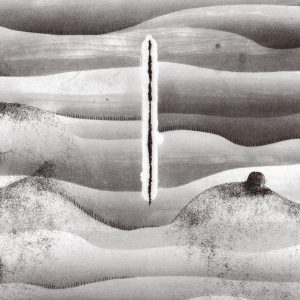 You may not have heard of Cornelius, but I’m here to change that. He’s been around since the mid 90s making awesome experimental pop/rock over in Japan. I could compare him to Beck, but that might be the closest comparison while still being kinda far off. In 2017 he released his first album in years, entitled Mellow Waves. While the majority of the album is sung in Japanese, his glorious command of pop music transcends any language barrier the listener may have. These songs are an absolute delight to listen to, and as a comeback album, he knocks it out of the park. 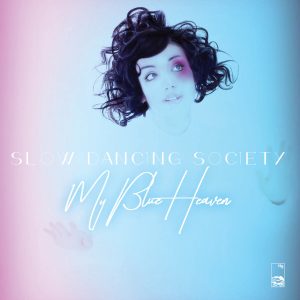 I’m such a big fan of this dude’s music. It pains me that he isn’t much more well known, so I’m going to do my part in spreading the gospel. My introduction to him was a beautiful, warm ambient album called “The Sound Of Lights When Dim” — but this album, My Blue Heaven, takes that comforting ambient sound and spreads it across a multitude of genres. Of course he has a mastery of ambient music, but he casually flutters between chillwave, downtempo, post-rock, jazzy beats, and some plunderphonic-y sounds like The Avalanches on this monster of an album. 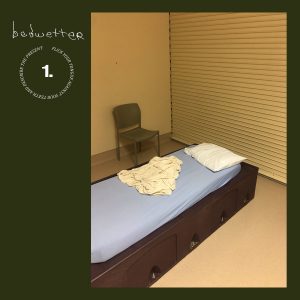 Just when we thought the Lil Ugly Mane project was defunct after the outstanding Oblivion Access, LUM comes back at us with a surprise album under the alias Bedwetter. Far more Oblivion than Mista Thug Isolation, it features the dark, creepy, intense and introspective style that his previous album was chock full of. This truthfully feels like pt 2 to Oblivion Access and in no way is that a bad thing. 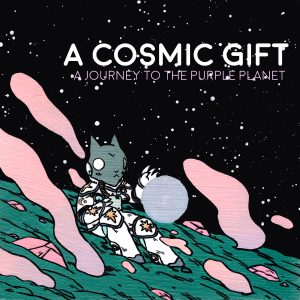 A Cosmic Gift consists of vinyl wizard and badass guitarist Richard Houghten, drum genius Brandon Burger, and at times Richard’s wife Nicole for excellent cello additions. Their previous releases have been solely instrumental, and are absolutely brilliant, but this release transcends by adding a slew of talented and diverse vocalists. From the vocoder-enhanced Throwback Zack to the beautifully ethereal vocals of Grace Bugbee, adding voices to their music only enhances that which was already spectacular. 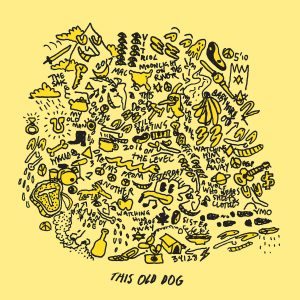 The Mac is BACK with his chillest, and arguably most personal album thus far. Mac is one of those artists that is difficult to dislike, easy to love, and simple to get into. A lot of his albums have a signature sound that makes it possible to jump in at any point in the discography and get yourself acquainted. This album takes that sound and matures and refines it in a way that could be leading to big things in his music career moving forward. Can’t wait to see what comes next, Mac. 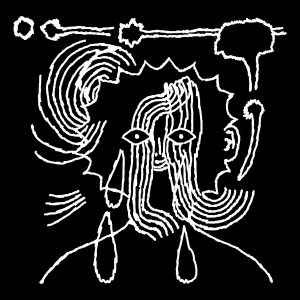 I only discovered Milo this year, and boy am I sad that I slept on him. One of the most intriguing MCs I’ve heard in a while, and he has a few albums under his belt (and a few more under the alias Scallops Hotel). This album can go toe to toe with any of the best hip-hop albums of the past few years. His fiery, talented wordplay and delivery, pop culture references, and catchy beats are second to none. 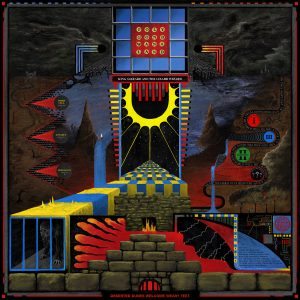 Australian Psych-Rockers have managed to put out FIVE awesome albums, bursting with quality tunes and a unique sound for each one. Right now, let’s talk about the 4th album, Polygondwanaland. Being a Vinyl nut, their release strategy of giving the rights of the album to the fans to make their own unique fan pressings was unprecedented and a massive success. I’m happy to have been a part of it, and I’m excited to see how everyone’s versions turn out. This album is one of my favorites in their extensive catalogue, because it blends their jazzy sound and their psych-pop/psych-rock sound perfectly without straying too heavily in any direction. 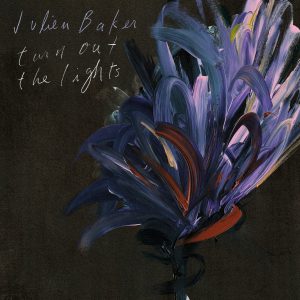 Julien Baker burst onto the scene with Sprained Ankle, an impossibly good debut album by a honest, talented singer-songwriter that immediately threw her on my radar. I had high hopes for the follow up, and honestly, she met and exceeded all expectations. Heartbreakingly gut-wrenchingly honest lyrics with beautiful guitar and instrumentation throughout, this album is truly a gem and will build you up just as much as it will break you down. I’m really excited to see where Julien goes throughout her career. 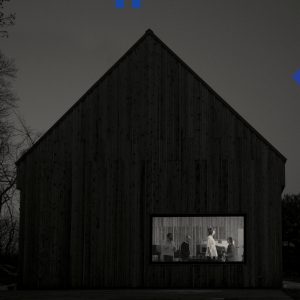 The National is my favorite band, and I think they’re one of the best bands making music today. I’ve been saying that for years, over the span of four albums, and it has yet to be untrue. The first time I heard Sleep Well Beast, I liked it, but I didn’t love it. That worried me, as a huge fan of the band, but I continued to listen to the intricate textures and finessing touches that the band sprinkled throughout the album and realized that it is possibly their most complex album to date — which is why it wasn’t immediately a home run. Their experimentation with some electronic sounds and math-rocky time signatures is definitely jarring for a long time fan, but they execute it with brilliance. After multiple listens, I can safely say that I love the album, and I hope you do too. 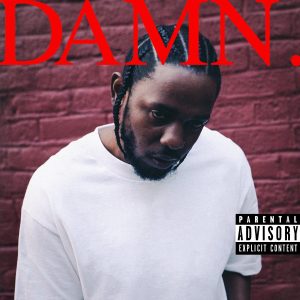 Kendrick continues to one-up himself as he drops legendary album after legendary album. The growth he has, as an artist, between each release is truly impressive. When DAMN dropped, my first thought was that it wasn’t as good as his previous two releases. As I continued to listen throughout the year, I realized that I was horribly mistaken, and that it is as good as everything else he’s put out, if not better. He has set the bar in hip-hop with this record, and it’s up to the rest of the scene to live up to it, or be judged accordingly.