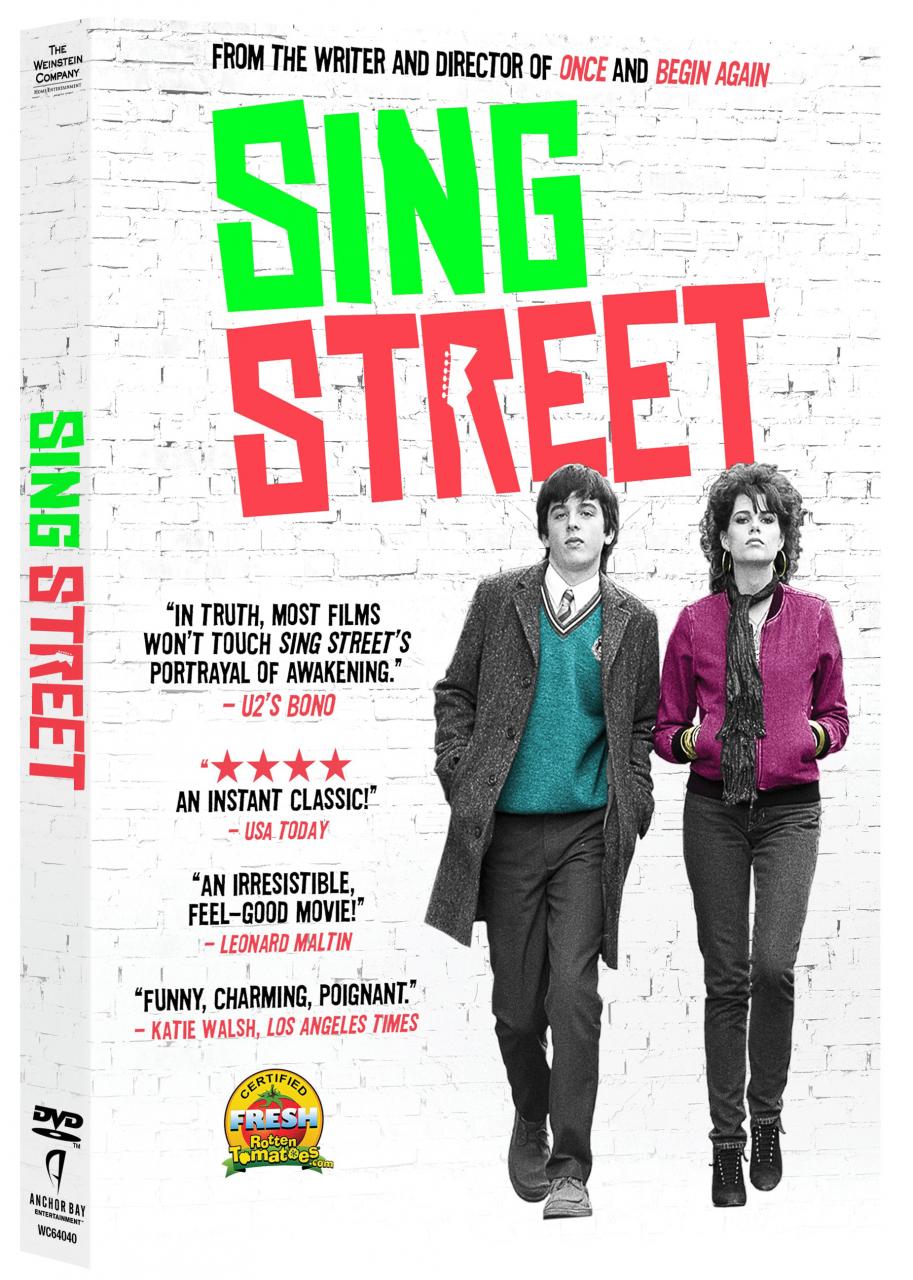 John Carney makes great movies. His breakout hitÂ OnceÂ turned the world onto the fantastic band Swell Season and was definitely one of my favorites of 2007. Then his 2013 filmÂ Begin AgainÂ starred Mark Ruffalo and a pre-late-night James Corden. So when I heard I got the chance to give away a DVD copy of his latest film Sing Street AND its aÂ feel-good, coming of age story featuring the ultimate soundtrack of the 80s I was pretty stoked.

SING STREET takes us back to 1980s Dublin seen through the eyes of a 14-year-old boy named Conor (Ferdia Walsh-Peelo) who is looking for a break from a home strained by his parentsâ€™ relationship and money troubles, while trying to adjust to his new inner-city public school where the kids are rough and the teachers are rougher.

He finds a glimmer of hope in the mysterious, Ã¼ber-cool and beautiful Raphina (Lucy Boynton), and with the aim of winning her heart he invites her to star in his bandâ€™s music videos. Thereâ€™s only one problem: heâ€™s not part of a bandâ€¦ yet. She agrees, and now Conor must deliver what heâ€™s promised – calling himself â€œCosmoâ€ and immersing himself in the vibrant rock music trends of the decade, he forms a band with a few lads, and the group pours their heart into writing lyrics and shooting videos.

Inspired by writer/director John Carneyâ€™s (ONCE, BEGIN AGAIN) life and love for music, SING STREET shows us a world where music has the power to take us away from the turmoil of everyday life and transform us into something greater.

Find out where you can purchase your copy of Sing Street on Go Watch It!