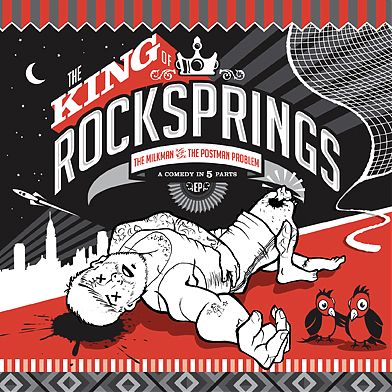 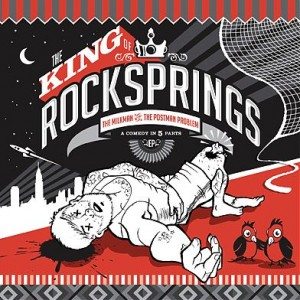 â™« The King of Rocksprings – The Perfect Guy

Holy crap, the dude behind The King Of Rocksprings has quite a story. Scott Sosbee started his musical career 14 years ago in Athens, GA (and then in Ohio) as he played in various bands. He also did design work for bands like Of Montreal, Now It’s Overhead, and Azure Ray (with whom he had earlier drummed for). Anyway, as a gay dude in the south he wasn’t exactly overwhelmed with potential suitors so hi hightailed it to NYC and began chronicling his adventures in the big city. A crazy trapeze accident and a subsequent revelation to re-focus on music led to the 5 track EP, The Milkman & The Postman Problem. Apparently this think is about as fresh as the daily milk (or post/mail?) because The King Of Rocksprings has all of 8 friends on MySpace (TBE included) and “The Perfect Guy” has been listened to 34 times. Do not sleep, people. Scott might not have the most elegant vocal stylings but he slays it with his energy and honesty. “The Perfect Guy” is reminiscent of early Less Than Jake with it’s head bobbing tempo, amped up horns, and fun attitude. “Kicking Dogs / Throwing Phones” is a beautiful piano ballad in the vein of Jack’s Mannequin at his most heartfelt. The girls from Azure Ray (as well as a few others) guest on the EP and their vocals add the perfect balance to Scott’s rough delivery. I highly recommend these jams and would post more tracks but I don’t want to give the damn thing away. I just hope we get a full LP soon.

REAL ONES play music for EVERYone whose DOG HAS HIS spot on the sunDAY porc...